This project was to remove internal asbestos lining from a massive store that held in excess of 6,000T of fish.

After a year of planning we finally flew out to this major project late 2011 located in American Samoa, landing late afternoon in Mainland Samoa. The following morning we had the pleasure of being weighed before flying on to American Samoa via a small 5 person aircraft. Each of us looking at the other to see who had put the most weight on after eating a large meal of local cuisine the previous evening.

Once we landed the next task was to locate all of our equipment that had been shipped over the previous month, along with some new equipment being flown in from America. These large Novatek negative air units were installed, along with decontamination units and a contaminated water processing system.

The removal process was very slow, with temperatures well into the 40’s and close to 100% humidity so every time we walked into the removal area it was like walking into a hot shower. The one plus was this helped to keep airborne fibres to a minimum. We had a few interesting operational issues that we had never come across before, one being the very, very large cockroaches that had made a home behind the old lining and the need to each drink in excess of 6lts of water a day (we had shipped over a pallet of bottled water but this quickly ran out).

Once the project was completed (we had been required to work non stop for almost a month) the crew had an extended stay on Mainland Samoa for some well earned rest and relaxation. 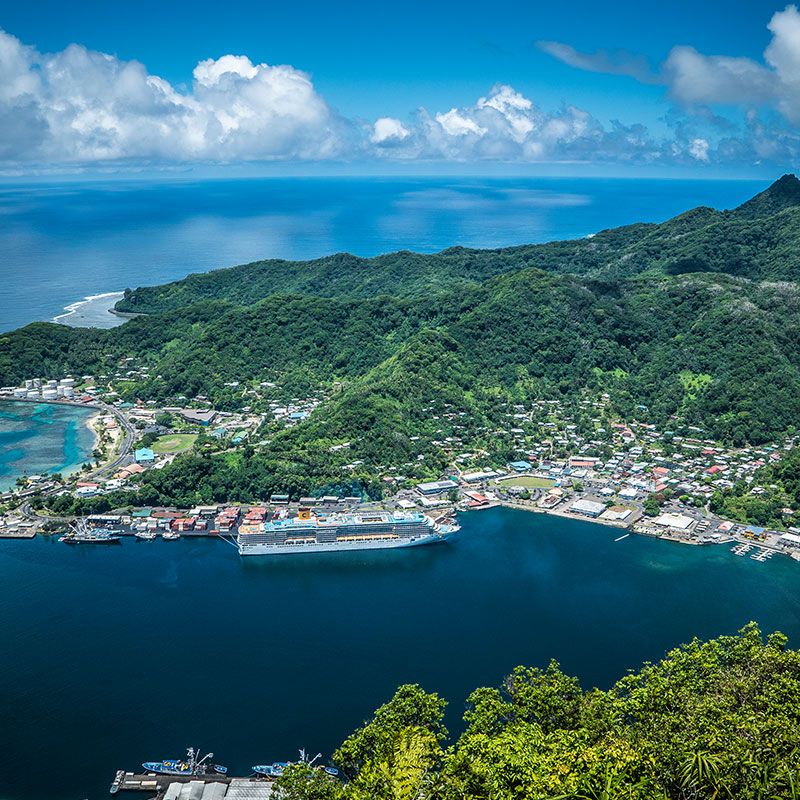